Kicking Off the Holiday

While many of my friends in Norway and such are enjoying the last few days of Winter Holiday, we are just beginning our Spring Break. It's not that it won't technically be spring up there, but they are still having lingering snow and cold weather. Today was a perfect day here in Texas. The only thing it was missing was a kite.

We started this wonderful day off with an early trip to the park for James' first soccer game. Our team shirts weren't ready so we were told to wear a green shirt. Oddly enough (being almost St. Patrick's Day) there were hardly any available for a five year old boy who is the size of an eight year old. There were two that had ugly characters on them, and I wasn't spending several dollars on a shirt that he was never going to wear again. I ended up finding a plain green Hane's t-shirt in the men's department in size small. I decided it would have to do. Since it was so early, it was still a little chilly and a LOT windy. James decided he needed a second shirt on under his green one so I threw on another one, but I soon realized that his shorts were a little too snug to tuck everything in. I'm sure it would have been funny to watch us as I was tucking and pulling out and reaching under the shorts and straightening it all, but I got it all straight.

The players were typical 5 year-olds running up and down the field in a cluster, kicking each other's shins and the other team's ball in to their own goal. LOL Thirty minutes later, it was almost over, but not quite. They had a second game an hour and a half later.

Both games could have been the same game in instant replay except for the color of bibs they wore over their shirts. (Why did I have to go buy a green shirt??)

The only problem I had was with my camera. The zoom button is broken so this is what all of my pictures looked like before editing. 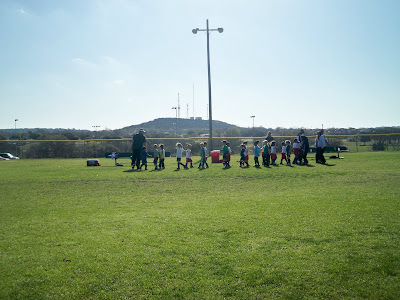 Here are some action shots (all taken blindly since the sun was too bright for the LCD screen): 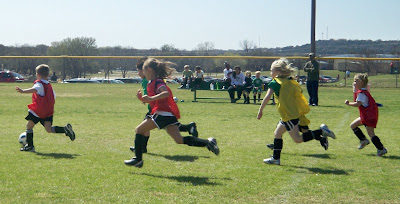 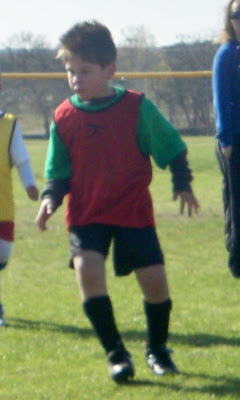 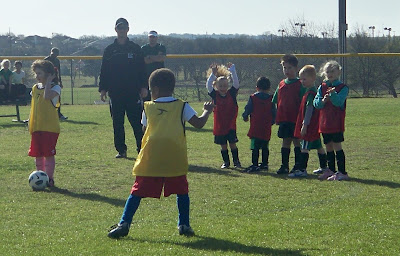 This little man made almost all 8 of the other teams goals. 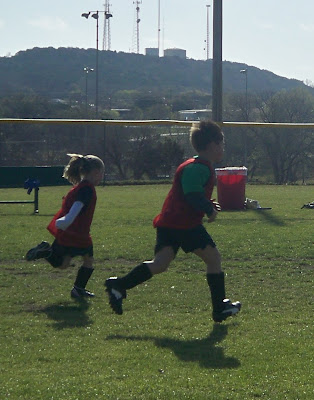 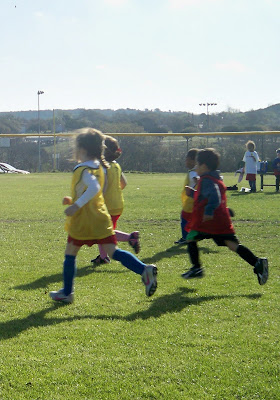 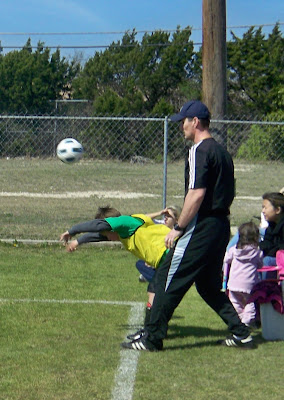 This is James throwing the ball in. Need to work on that technique. 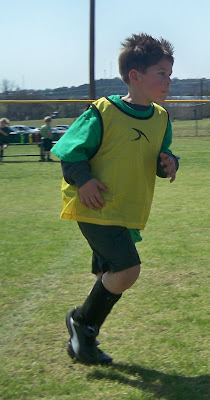 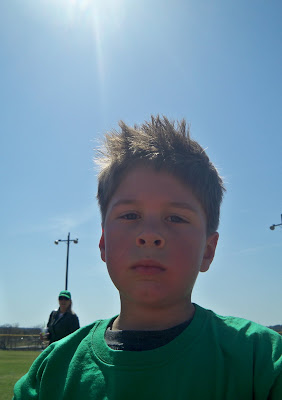 In that "Major concentration" picture of James, he looks like Gary.

You have a lovely holiday dear! My son just had it last week (and again with Easter...) Enjoy!