Where Has the Motivation Gone?

Since the beginning of the year,  (and even most of the year before that) I have been making a habit of documenting what's been going on in my life. Mostly I have been doing it in some sort of art journal. I began fashioning my thoughts after the Chronicles of Marit with a mixture of Dion Dior until about a month ago when I put the pen and paintbrush down and somehow forgot to pick them back up.

How does that happen? Sure, I have skipped a day or two and come back right away to where I left off, but what makes a person put the book down and never come back? Even now, talking about it, I don't feel the urge to find some paint and catch up. I see the book but there is no draw (no pun intended.) What is keeping me from doing what made me so happy before?

Well, I am not sure where the answer lies to that, but I thought maybe sharing the last page in my book, I might want to continue doing it again. I found these pictures in my camera yesterday when I was doing another project for the Magazine. (Is it strange that an editor for an art magazine has stopped doing her own art?)

So here is the last entry from start to finish: 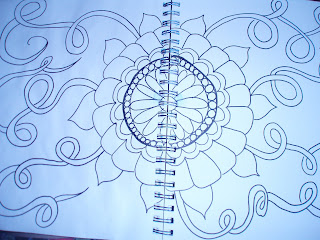 Black ink on white sketchbook - I created enough vines for the days of the week. 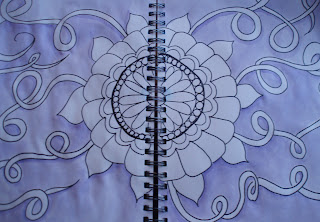 Painting in the background with inexpensive watercolors. 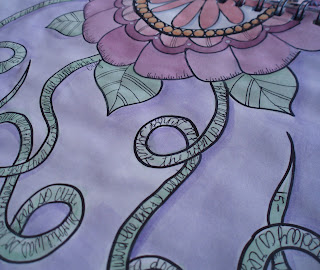 The flower is painted in along with the vines which were used for the daily events.

Here are some others pages I found on the camera: 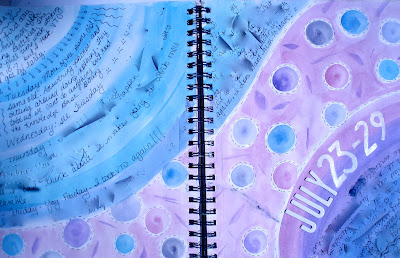 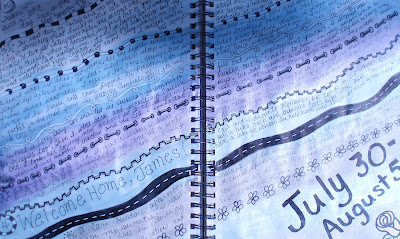 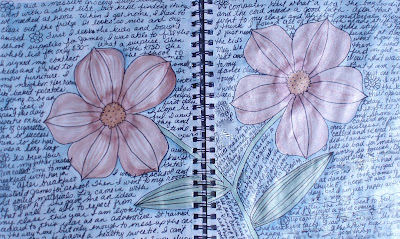 Well, we shall see if my concern is enough to get back to journaling, but first I have to do the laundry I said I was going to do yesterday.

Is there something that you have put aside and wish you could get back to? What's keeping you from it?

I Have Been Remiss

I have been very remiss. This blog has been neglected. Since school started, my mind has been focused on lesson plans, laundry, getting Cait to dance lessons, attending crisis intervention training and giving all the important people as much attention as I can. Seeing how there are only 24 hours in a day and I like to spend at least 6 of them sleeping that doesn't really leave me a lot of time to do the things I enjoy sharing on my blog.

Today, however, I told myself that I would sleep in, and I did. It was wonderful. Then I had to download some photos for a FEATURING Magazine project. (I have come to find I am actually a mediocre photographer.) That's when I found a treasure trove of family pictures and past projects. However, before I share these gems, I have a magazine announcement. 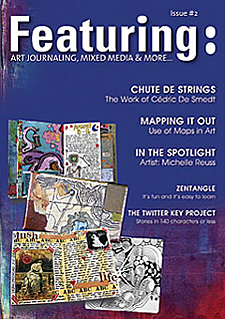 Pre-order issue #2 in the store for a chance to win an inchie on the back of our next issue!
We will give away 30 inchies to readers who pre-order issue #2 before September 21.
These will appear on the back of our third issue.
On the 21st, we will draw 30 winners. Issue #2 of FEATURING will be released soon after.
We have also have more things up our sleeves that we’ll be announcing later, so stay tuned!
A giveaway??? What could be better than that? All you need to do is click on the black linky over to the right.
You can also see a preview of Issue #2 here.
Now for the pictures that brought me to my blog today.
During Labor Day weekend, we went to the Dr. Pepper Museum. Having big Dr. Pepper fans in the family and finding a Living Social deal where four of us got in for $12. What a deal! I am finding that Groupon and Living Social provide some good deals, but you have to be judicious in your deal picking. 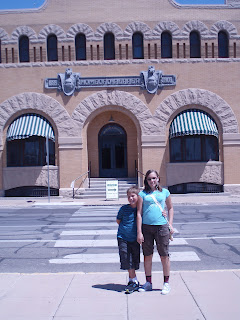 Standing outside the museum in Waco 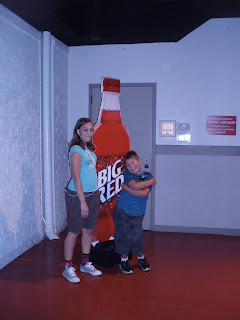 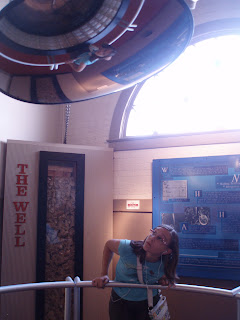 In the middle of the museum is an old well.
You can use a mirror to see down into it if you are too scared to look down. 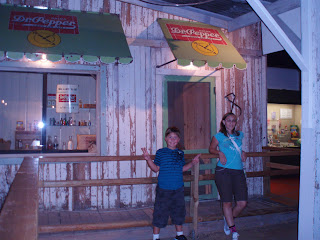 A model of a country store. 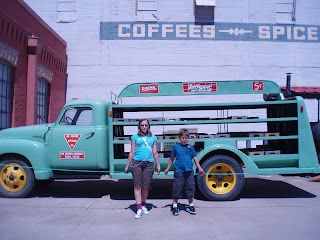 I am not sure what they were doing.
Looks like they were getting ready for a dance routine. 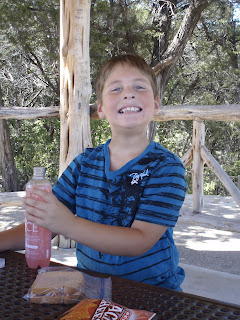 After our trip to the museum, we headed to Cameron Park.
I had never been all the way through the park before and
found some interesting places including a nice picnic area overlooking the park. 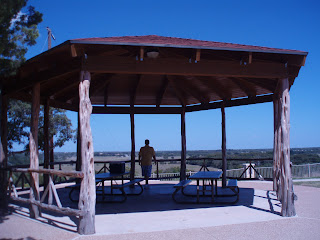 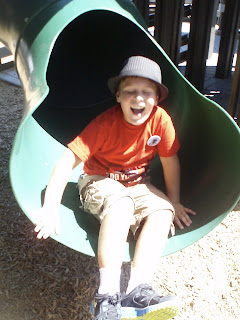 Cait decked out for Throw Back Days
Does it bother anyone else that the 80s are considered Back in the Day?

Well, there are more photos to come another day. I will try to make sure it isn't another month before I post again.
Posted by McMGrad89 at 12:49 PM No comments: