Since You Asked, Peggy

We made pizzas this week. 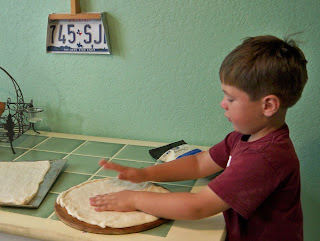 My blog friend Hilde Iren posted on Facebook that she was enjoying her Saturday and that she would be making pizza. It made me want to make pizzas, too. So when Caitlin and I came home from dance practice, we stopped at the grocery store for pizza fixings. 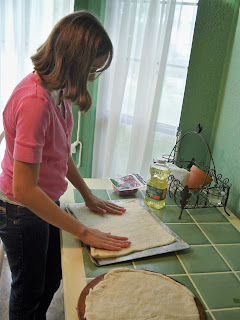 The kids had a nice time making dinner. James doesn't care for cheese decided that he didn't want to have any on his part of the pizza. It made the final result look funny, but he ate it and that's the important part. Now if I can just get him to like some veggies. 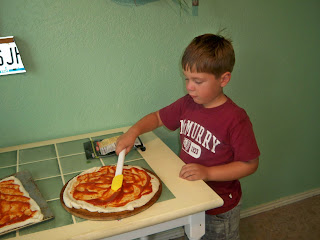 I, on the other hand, had a veggie pizza. I also limited the amount of cheese that went on my pizza. James helped make mine, too. 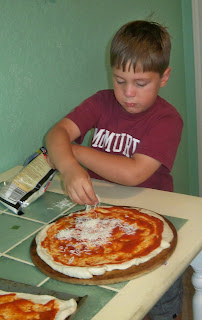 The kids' pizza went in first. It was only after I was putting mine in the oven that I realized that Caitlin had only put the temperature up to 400°F instead of 425°F. This made the center of theirs a little softer than I would like, but they ate it. 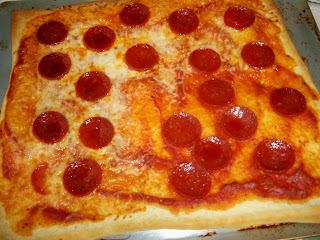 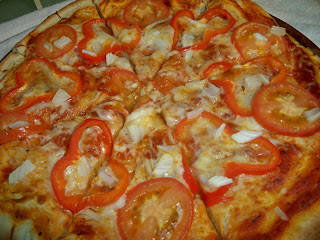 James wants to make another one some time soon. It was definitely better than any I have had from local delivery places. (The only better pizza is from New York pizza parlors.)
Posted by McMGrad89 at 8:10 PM 8 comments:

Can You Guess What We Are Having?

Have a Sunshine Day

Yesterday was unreal! We had the biggest rainstorm ever. Well, maybe not EVER but pretty darn close. Hurricane Hermine hit the Gulf Coast sending its wind and rain northward to our sleepy little Central Texas town 6 hours away.

To give you a deeper understanding...8 to 12 inches fell across the area; bridges were covered; rivers and creeks were swollen to the point that trailer homes were knocked off their bases. It was crazy.

Meanwhile, I was sitting at home with my family quietly enjoying my Facebook time and playing Bejeweled. In my mind I thought, "Wow, it is pretty rainy." I had no idea.

This morning it was still raining and at 5:45 I began receiving automated phone calls from Caitlin's school principal, the school district and my principal informing us that the rain had caused so much flooding that the schools were having to start two hours late. That meant Caitlin didn't have to be at school until 10:00 and I didn't have to be at school until 9:00. Gary and I began reading the news and Facebook posts to assess the situation since he had to leave for Missouri today to meet his new boss. Pictures ran through my mind of all sorts of mayhem.

Imagine my surprise around 7:30 when I went to take Gary to the airport to pick up his rental car and I found that the roads were clear and I was there and back in no time.

The rain continued throughout the day. Later on I got an email from the dance school telling me that all classes have been canceled. I wonder what they know that I don't.

Well, they didn't know anything obviously because as I left school today, the sky was blue and bright as if nothing had ever happened.

I hope the rest of this short week remains uneventful since Gary is away.

Here's wishing you all a Sunshine Day.
Posted by McMGrad89 at 9:14 PM 6 comments:

A Fun and Tasty Day

Since school started, I have made James a breakfast of scrambled eggs and toaster waffles everyday. This morning I thought I would make the real thing.

I had trouble finding the waffle maker at first. Then Gary said, is that it? I was standing right in front of it.
Everyone got one of these: 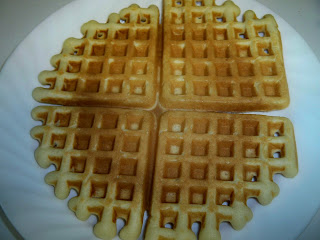 They couldn't make up their mind to be round or square.
I turned mine into: 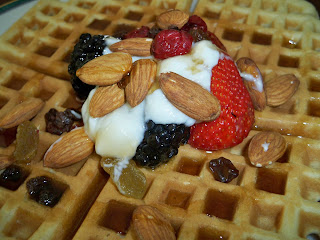 Later in the day, we all went to see the re-release of Avatar in 3D. My mother even came. 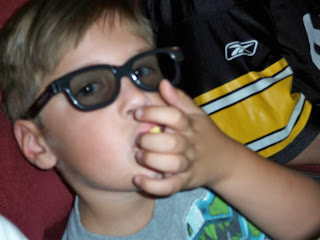 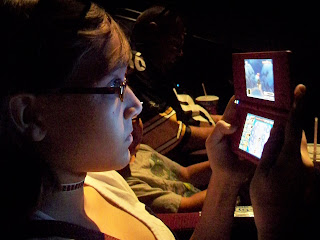 James sportin' the glasses & Cait passing time 'til the flick starts
It was just as good as the first time. My husband hadn't seen it before. I think the 3D business gave him a headache.

When we got home, I made dinner of smoked sausage, potatoes & onions and peas & carrots.
It was delicious and easy to make.

You just need polish or smoked sausage, red potatoes and a Vidalia onion. 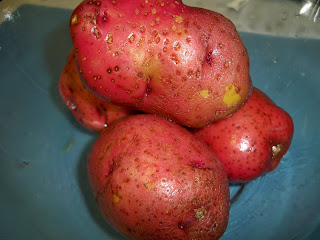 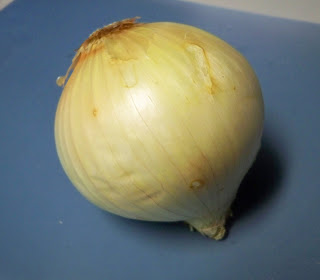 I put the sausage in a large skillet first. While the sausages were defrosting, I sliced the potatoes thinly. 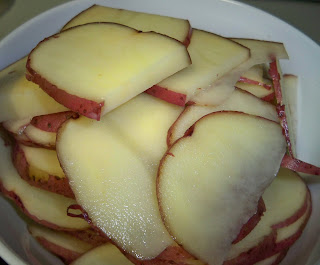 I put a tablespoon or two of olive oil in the pan and added the potatoes. 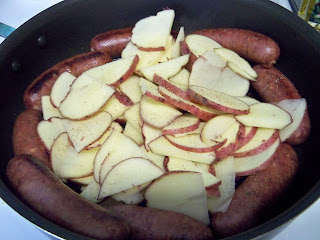 Next, I thinly sliced the onion. 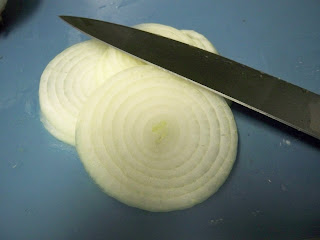 This is where I was wishing I had a mandolin slicer.
These were added to the pan and the potatoes were flipped on top of the onions. I placed a lid on it and let the whole thing steam and the onions caramelize. 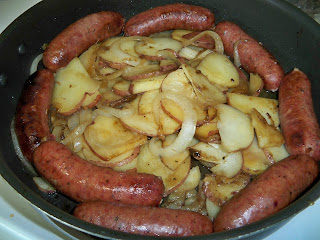 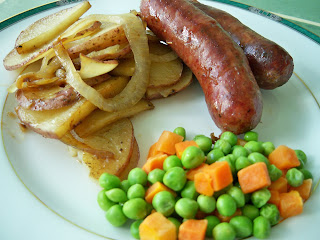 It was a fine day.

BTW, I just realized that I didn't say anything about salt, pepper or seasoning on that sausage dinner. I add salt, pepper and garlic powder to the potatoes when I first put them in pan. You can season with whatever you want, but if you don't it will be VERY bland.
Posted by McMGrad89 at 6:08 PM 6 comments: